(Click here to read Pepetela's Acceptance Speech at the 2015 ALA Conference in Bayreuth, Germany) 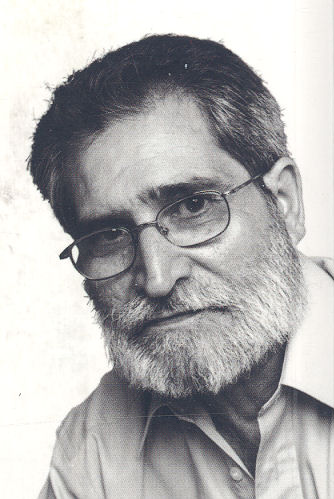 Pepetela, nom de guerre turned into nom de plume of Artur Carlos Maurício Pestana dos Santos, is certainly one of the most prolific Lusophone African writers of today. The first Angolan to receive the prestigious Camões Prize in 1997, Pepetela is the author of two plays, two novellas, two collections of short-stories, and over fifteen novels – a genre for which he is widely acclaimed. His works have been translated into more than seventeen languages.

All of Pepetela’s works share a need to address Angola’s political and historical trajectory, taking its readers on a journey from the utopian projections typical of the struggle for independence to the dystopian, often ironic, examinations of his nation’s post-independence.

Born in 1941 in Benguela, a city devoted to commerce, Pepetela had a middle-class upbringing, attending a school where different races intermingled. At age 15, he moved south to the city of Lubango, where he continued his studies, and where as a teenager his views were slowly radicalizing as he became politically engaged. Like many other future African politicians and writers, Pepetela travelled to Portugal to study, first at the Instituto Técnico and later at the University of Lisbon. During his stay in Lisbon, Pepetela was an active member of the House for the Students of the Empire, a social and cultural forum for students coming from the five African Portuguese colonies and a center for anti-colonial and anti-fascist activities. While there, Pepetela published his first short-stories, in which he critically denounced the oppression and the exploitation of the Portuguese colonial system. From this point on, Pepetela’s political and literary engagements followed two inseparable paths: his literary works become a voice for his ideological projections of an independent Angola.

In 1963, Pepetela refused to join the Portuguese colonial army and went to exile in Paris, where he earned a scholarship to study Sociology in Algiers. Here and in collaboration with Henrique Abranches, a member of the MPLA (Popular Movement for the Liberation of Angola), Pepetela created the Center for Angolan Studies. From this moment on, he was completely emerged in the war for independence on behalf of the MPLA. During the late 1960s, Pepetela returned to Angola, as a guerrilla fighter in the Eastern Front, and was responsible for developing propagandistic materials that support the MPLA’s armed struggled against the Portuguese regime. He published literacy manuals and monographic studies of several regions in which the struggle for independence ensued. During the late 1960s and the early 1970s, while serving as the Permanent Secretary for Education for the MPLA, Pepetela wrote three novels, Muanua Puó, As Aventuras de Ngunga, and Mayombe. The latter is based on his own experiences as an active member of the MPLA’s armed resistance and is arguably one of the most well-read novels written during pre-independence.

When the MPLA came to power with the declaration of independence in November of 1975, Pepetela becomes the Vice-Minister of Education under Agostinho Neto’s presidency. He is also one of the founding members of the renowned Angolan Writer’s Union and a member of its governing board. During his tenure as Vice-Minister, Pepetela wrote his first and only two plays, which focused on the Angolan revolutionary process. In 1982, three years after the death of Neto and the rise to power of Dos Santos, Pepetela left office to dedicate himself to teaching and to focus almost exclusively on his writing. Since then, he has been tremendously prolific. His critically acclaimed 1992 novel A Geração da Utopia addresses many of the issues he first raised in Mayombe, but now he does it in a more ironic and disillusioned tone. Four years later, Pepetela published A Gloriosa Família, in which he traces the trajectory of the Van Dúnem family, a prominent Angolan family of Dutch descent. The way in which he crosses historical with fictional narratives illustrates Pepetela’s commitment to the processes of nation building. During the 2000s, Pepetela’s prolific career has continued to flourish. His innumerous novels are remarkable for their robust illumination of modern Angolan (and indeed, African) political and cultural history, forcing its readers not only to continue to question the dreams that never became reality but also to consider the challenges and opportunities missed by the Angolan establishment. Since 1982, Pepetela has gradually moved away from the party for which he fought, and through his fiction, he has become a leading champion in exposing the corrupt nature of his oil-rich Angolan society.

Pepetela is exemplary of what the Fonlon-Nichols Award stands for due to his active participation in the war for independence against the colonial regime, his fight for his compatriots’ human rights, and his outstanding fictional works both pre- and post-declaration of independence as affirmations of an autonomous and vibrant culture and nation.