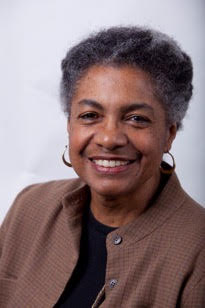 After hearing [Juliana M. Nfah-Abbenyi’s] talk, I promised myself I would send a short text, “The Road Trip of 1975” that I wrote for a panel organized by Bernth Lindfors a few years back.

I don’t have time to write at present about my presidency.  And there are only two or three things that stand out to me now about that year.  I tried to make our two standing committees of that era, first, Teaching and Research; and, second, Activism—the latter had a different name that I now don’t remember—more visible, more systematic. With respect to the first, this worked in the sense that we, which is to say Odile Cazenave, began to interview virtually all writer or filmmaker invitees to the ALA annual meeting for subsequent years.  This created an archive that, I believe, has been lost.  I also tried to push for a booklet that would outline tasks for our various positions and committees.  In recent years, thanks to ALA presidents and vice-presidents—we have binders of guidelines and policies . . . Finally, my years as Vice-President, President and Past President were marked by fierce internal battles over apartheid that almost rent the ALA asunder.

The Road Trip of 1975: How Far We Have Come, How Close to Austin We Remain

In March of 1975, perhaps four or five of us students from U Wisconsin-Madison climbed into a station wagon, rented for us from the UW car pool by the Department of African Languages and Literature, and traveled south toward the sun in Austin, Texas.

We left in the dead of night.  The thought of real spring weather, the increasingly warm temperatures as we headed south, and the long drive made us giddy enough.  But we were also nervous and excited about the fact that we would soon meet faces and bodies to match some of the famous names we knew . . .

I had largely moved to African literature, as a French PhD student, because, as I often say, the faculty in African Studies--literature especially--would invite you to their homes.  And you could actually MEET the writers and filmmakers you were studying. You could ask them questions, and they’d answer you (more or less), whereas in French, the writers we studied were mostly dead, and none of the living had ever come--during my years, at least--to Madison.

It was also obvious that “African literature,” as we then called it, mattered. These texts we were reading and debating were part of something real, something critical. They clearly made a difference.   This was proven to us in the worst way:  Writers, like political leaders, could be censored, jailed, tortured, exiled or murdered.

So, a historic occasion was brewing and we students would be a part of it.  We would in fact, if I may shift metaphors, be getting in on the ground floor.

I don’t remember much in the way of detail, except that I would be the guest of a UT graduate student, Patsy.  I slept on her floor.  She was a wonderful hostess.

It was only the second professional meeting I’d ever attended, the first being the 1974 ASA meetings in Chicago when the ALA was born.  It had seemed a radical break at the time, even though it was presented as a caucus more or less, which is to say that we would all still be attending ASA but would hold a separate meeting in addition, where literature, no longer overshadowed by political science and policy wonks, could come into its own.  I didn’t grasp then what a difference this would make and how much the ALA would shape me professionally and personally, nor how invested I would become in this little association, how it would give institutional credibility to the work we do, how it would enable women to also “be somebody.”

Students might be in awe of these household names (“household,” among Africanists at least), but they were never treated like junior members:  They were full-fledged participants in the debates, on the Exec Council right from the beginning.   And so were women.  Although it would take twelve years before the election of the first woman president of ALA.

What I remember most clearly of that first iteration, of course, was the overwhelming presence of South Africans--Dennis Brutus, Cosmo Pieterse, Mazisi Kunene, Ezekiel Mphalele, Wally Serote, Oswald Mtshali, our own Daniel Kunene.  Many of these giants would be presidents of ALA over the following decade.  And the ALA’s next twenty years, with all their excitement, discovery and growth, would be painfully tethered to the evolution of South African politics.

The tyranny at home in South Africa reached over and shaped the course of the ALA, located in the U.S. in those years. Individuals were silenced, expelled from meetings and membership on the basis of positions they took in or trips they took to South Africa.  It was wrenching.  But such was the acuity and urgency of the South African debacle, standing in for the whole continent, that it is hard to imagine how it could have been otherwise.

I have read over the transcript of the panels from that first ALA in Issue Vol VI.1 (Spring 1976) and want to revisit a few of the gems that are still timely and merit consideration some thirty-six years later.  For this, I will confine myself to the panel on “South African Oral Traditions.”

Dorothy Blair, the well-known translator and scholar of French-language African texts, asked Kofi Awoonor, in an echo of Saul Bellow, a question revealing not only the dominant Eurocentrism in scholarly paradigms but a critical misunderstanding of literature as a social act arising in specific contexts, notably in this instance, closed colonial situations, as Zeke Mphalele would say elsewhere, without possibilities.  Blair asked,  “Is it not possible to find anywhere in contemporary African writing, either in French or in English, the magnificent heroic element which we find in contemporary European writing?” (10).

Romanus Ngudu offered a perceptive comment, which I now see as tied to my future book, African Novels and the Question of Orality, and to a number of articles by Karin Barber.  Foreshadowing scholarly evolution to come and ALA’s own slow grappling with oral traditions and African languages, Ngudu asked:   “Must the sole end of oral literature be to provide writers with a bulk of reference materials?  I think that literature is a culture of words, and the words in which these oral traditions are couched are as esthetically satisfying as any other words in any other language in the world. … Most of its esthetic qualities derive from the fact that it is a literature meant to be performed spoken, and sung” (10)

To Sandy Lepouche’s prophetic challenging of the relevance and efficacy of the nation state in Africa, “there will be great problems for all in Africa today who believe that it’s important to have a strong nation-state and who also want to maintain their oral traditions and encourage a flowering of literature,” Ama Ata Aidoo nonetheless offered this equally thoughtful and fervent reply, “the desire of African countries to become states or nations, or in fact one nation, is an imperative that we have to obey.  It’s not a kind of dilettantist aim.  I mean, what are you asking of us?  That we remain in our little villages and be annihilated? … Africans … feel a need to survive. It’s the survival instinct” (11).

In those days, too, ethnic differentiation and conflict, were not center-stage, even though the Biafran war was surely a signal of the coming storm.  To a question about the Xhosa, as opposed to the Zulu and Sotho, Mazisi Kunene replied:  “we can quote from either Xhosa or Zulu or Sotho.  It doesn’t matter, for we are discussing African literature” (12).  And Dan Kunene seconded him, “I wasn’t aware that I was representing Sotho or anything.  I thought we were simply talking about South African literature.  Or maybe, even more, we were talking about African literature …” (12).

Dan Kunene raised also the critical matter of what we would call today, after Terrence Ranger, et al, the “invention of traditions” and their ultimate uses.  Kunene remarked, “I remember being shown a book by American students in a Xhosa class at the University of Wisconsin, a book in which there were many lovely color pictures.  The authors were simply lyrical in their praise of these beautiful people, the Hlubi, who had dance in their movements as they walked, and poetry in their speech, and so on” (13).

He noted furthermore with respect to the political history of South Africa:

Yet there comes a time, as the African grows and matures, when he says to himself, ‘Now that was a positive value in my culture, and I’m going to resuscitate it; I’m going to treat it in a manner that I should have done all the time (11)

To Emmanuel Obiechina’s complaint that urban South African writers were deracinated and his suggestion that they draw on authentic African identity in rural or vernacular cultures, as in West Africa (18), Zeke Mphalele responded that an urban sensibility did not mean that one was cut off from one’s origins.  He had expanded on this idea elsewhere.  I would like to conclude with that comment:

You cannot, of course, ignore the white man’s presence, you cannot ignore police brutality, but what I mean is that people survive, people fall in love, people dream, people eat, people get on trains, and people violate one another’s physical and mental being.  There’s a lot of violence in ghetto life, and people prey on one another …. We are preoccupied with dealing with the cruelty of the times.  We cannot ignore the white man’s presence and the way it has shaped our lives as Africans, but we also survive and we also dream (15).

This, it seems to me, is a foreshadowing of Ndebele’s “recovery of the ordinary” and a useful way to think about black writing across the globe.

A final recollection and what endured for me in memory: the small pamphlet of poems, South African Voices.

What I do not recall is whether we danced after that meeting. But given the tradition of every ALA meeting since, we must have danced.  I like to think so.